A Journey with Bad Rock Tours

A day trip into the Fraser Valley mountains and along the rivers, we joined Bad Rock Tours as they shared the history of their land. Guided by Sonny McHalsie, the bus tour explored the history and culture of the Upper Fraser Valley’s Stó:lō territory. Between each destination, Sonny told stories of long ago in great detail, while pointing to the surrounding mountains and valleys; describing their relationship.

TFV: What is the meaning behind the name of Badrock Tours?
SM: Bad Rock was first mentioned by Simon Fraser back in 1808 when he told the story about Xelyxelemòs, the bad Indian Doctor, who was transformed into stone. This is what is now known as Lady Franklin Rock. Later A.C. Anderson, a Hudson Bay Company employee, referred to the village of Xelhálh (Kuthlalth IR3) as the Village of the Bad Rock.
Originally called Áselaw Tours, named after the old village site at IR21 – where my great great great grandfather is buried in the cemetery there and it is also my ancestral fishing ground – A tourism workshop sponsored by Aboriginal Tourism BC recommended the catchy English name. So, Bad Rock was it. Bad Rock Tours is owned and operated by both the Stṓ:lō Research and Resource Management Centre and Stṓ:lō Tourism. 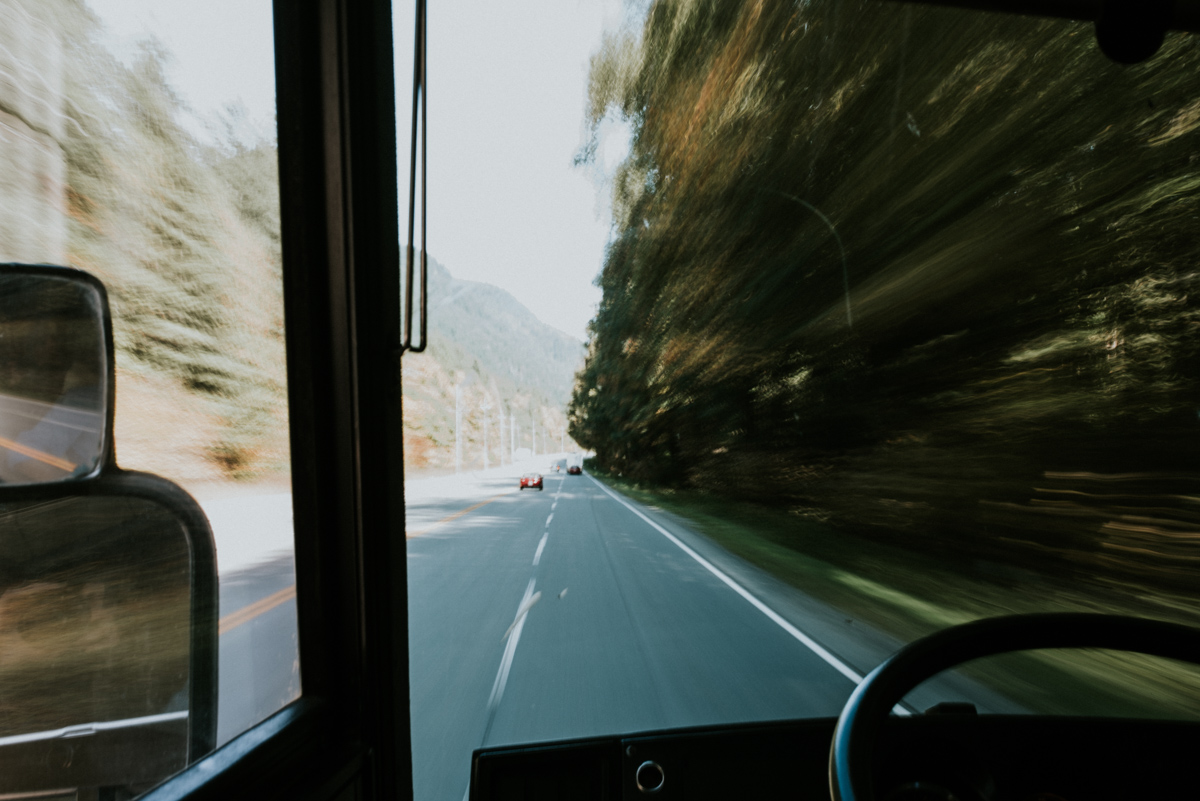 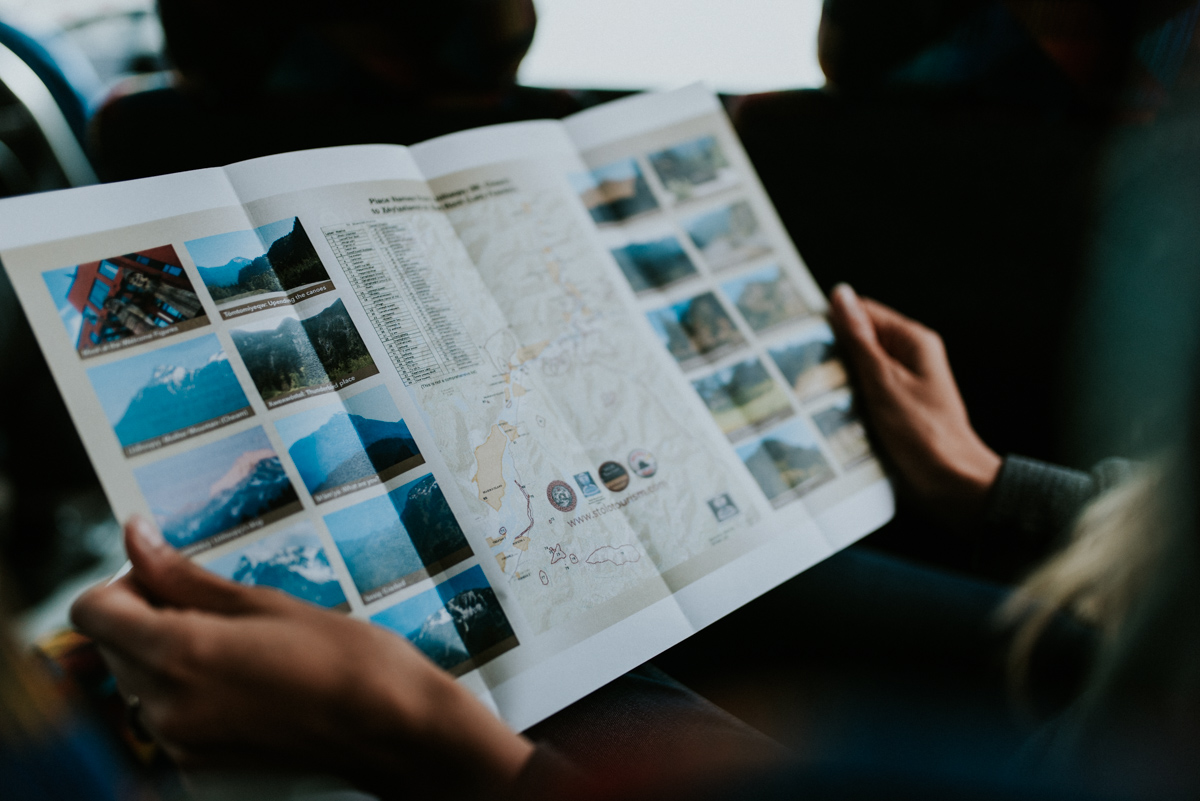 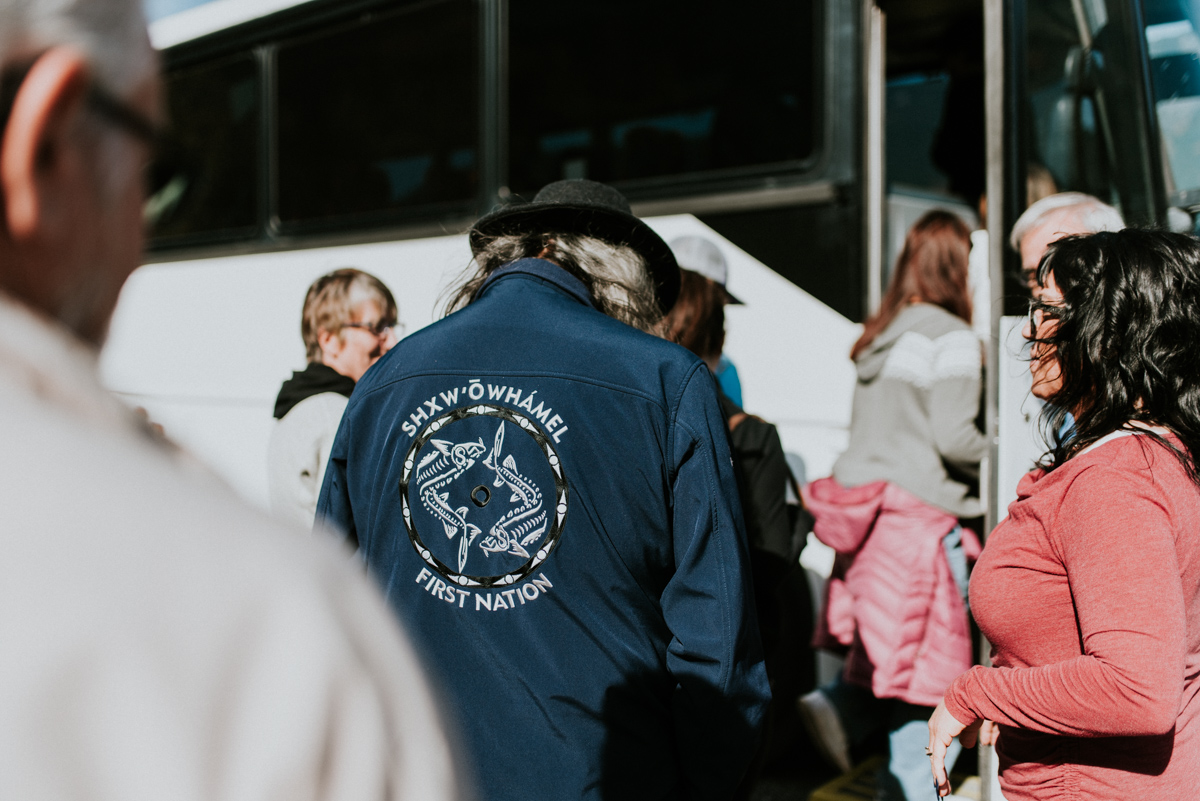 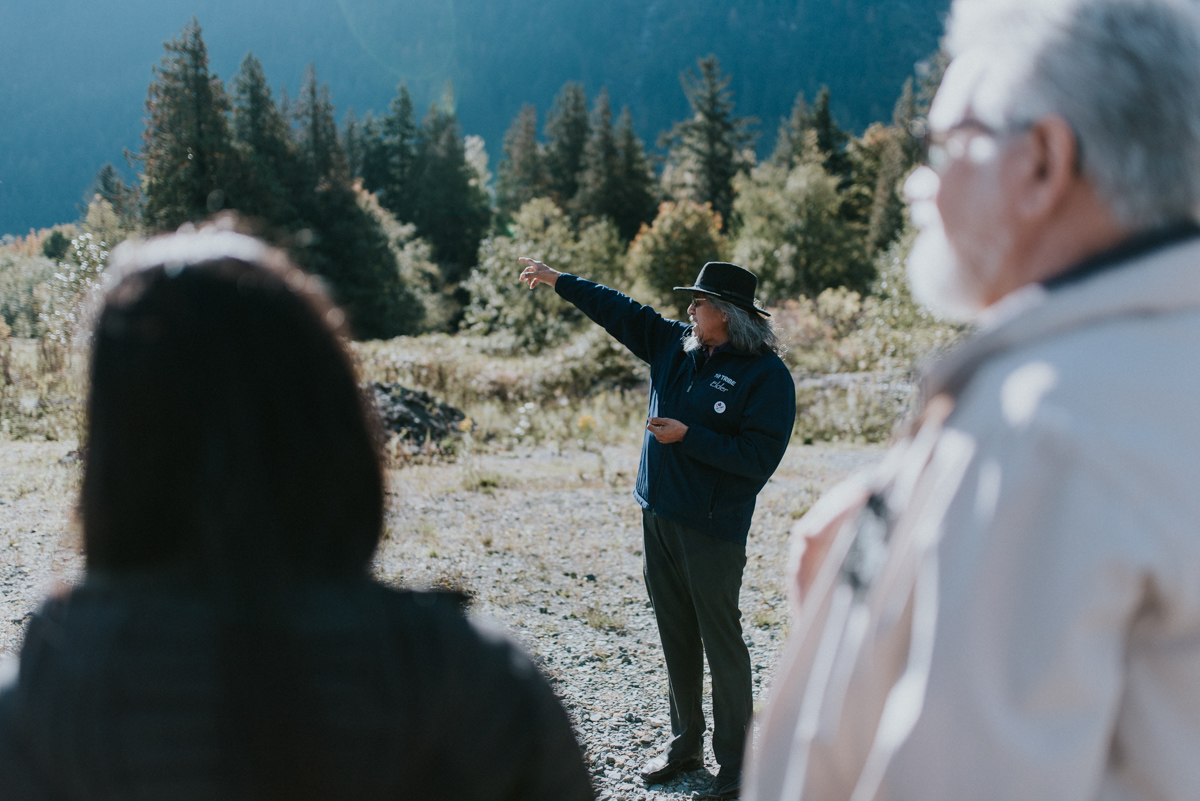 TFV: How did you get into storytelling and when did you start?
SM: My father, Albert Sr. McHalsie was an awesome storyteller. He shared many stories with my siblings and I.  His most impressive was stories about encounters with grizzly bears on my grandfather Antoine’s trapline. My grandfather, Antoine had an adult name of Meshkt’ which means “storyteller or preacher.”  My cousin, the late Annie York of Spuzzum told me that my grandfather would travel between Spences Bridge and Merritt, stopping at each village, going house to house sharing stories, as there was no radio or television at that time.  Four years ago an Elder from the Okanagan said he remembered the name Meshkst’ as the name of a storyteller that shared stories with the Okanagan. This makes sense as my father told me my grandfather, Antoine spoke four languages including Okanagan.  This Elder also mentioned that he was talking with another Elder in Lillooet who remembered Meshkt’ going up there as well to share stories.

My ancestral name, Naxaxalhts’I comes from my grandfather Antoine. It was one of his adult names meaning “sacred strength inside.” Also my surname McHalsie comes from both his adult names, Meshkt’ and Naxaxalhts’i. In 1985 when I first started as the Archaeology Assistant, I began to study Halq’eméylem Placenames. The land is rich with stories which explain the placenames. So, many Elders shared stories with me through the placenames.

Coupled with the inspiration from my father, grandfather and the stories from the Elder, I began to share stories as well. I always oral footnote my source when I share stories. This is important to maintaining the integrity of our oral history. 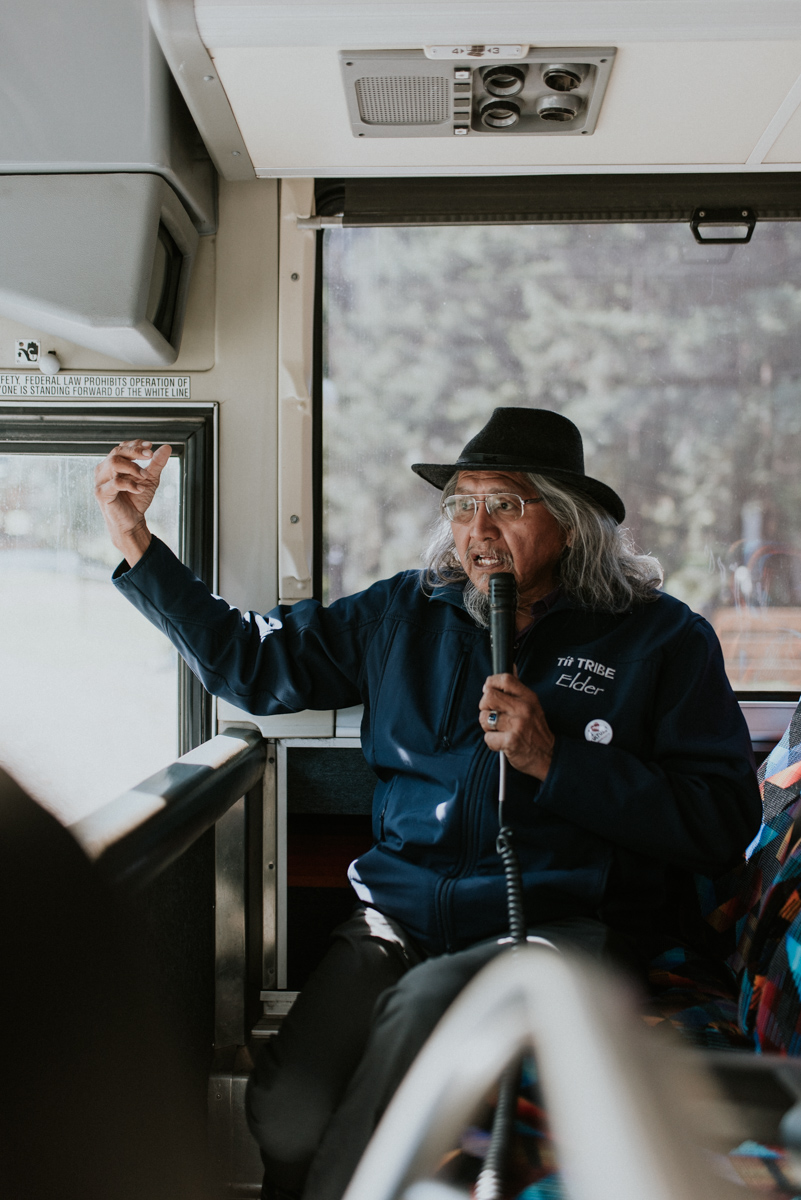 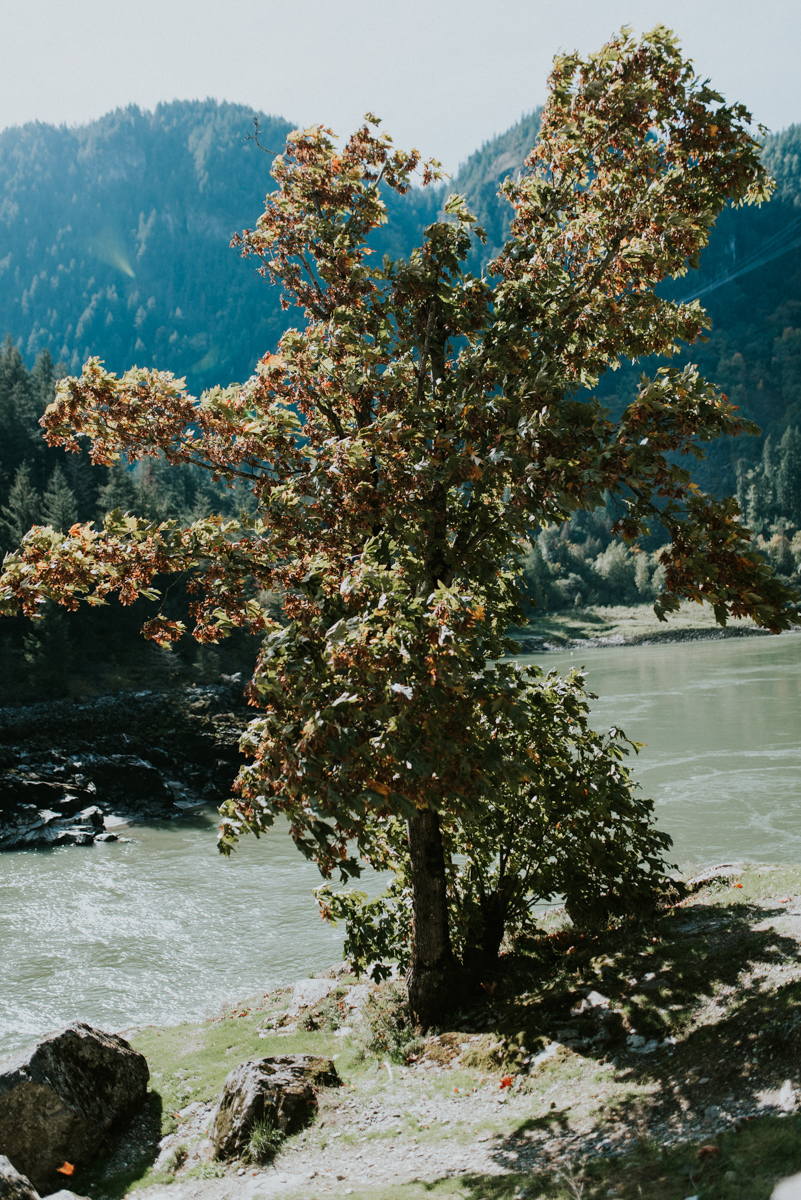 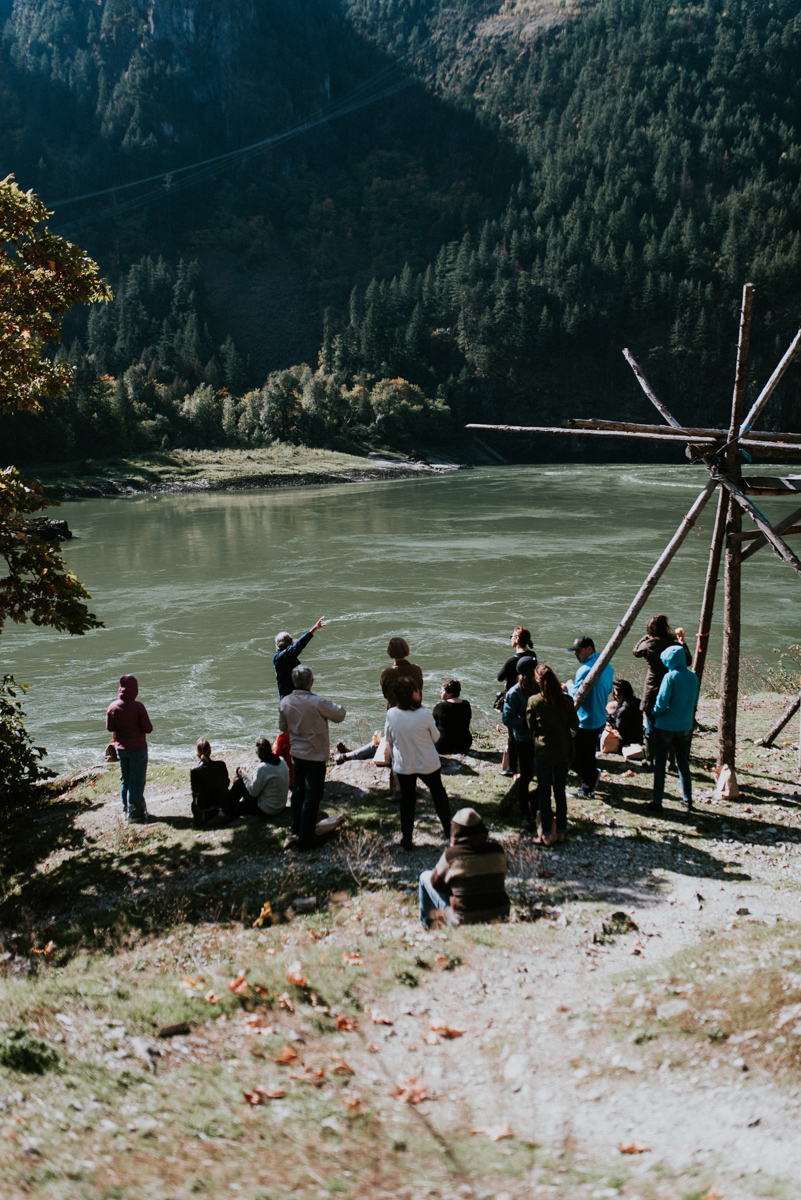 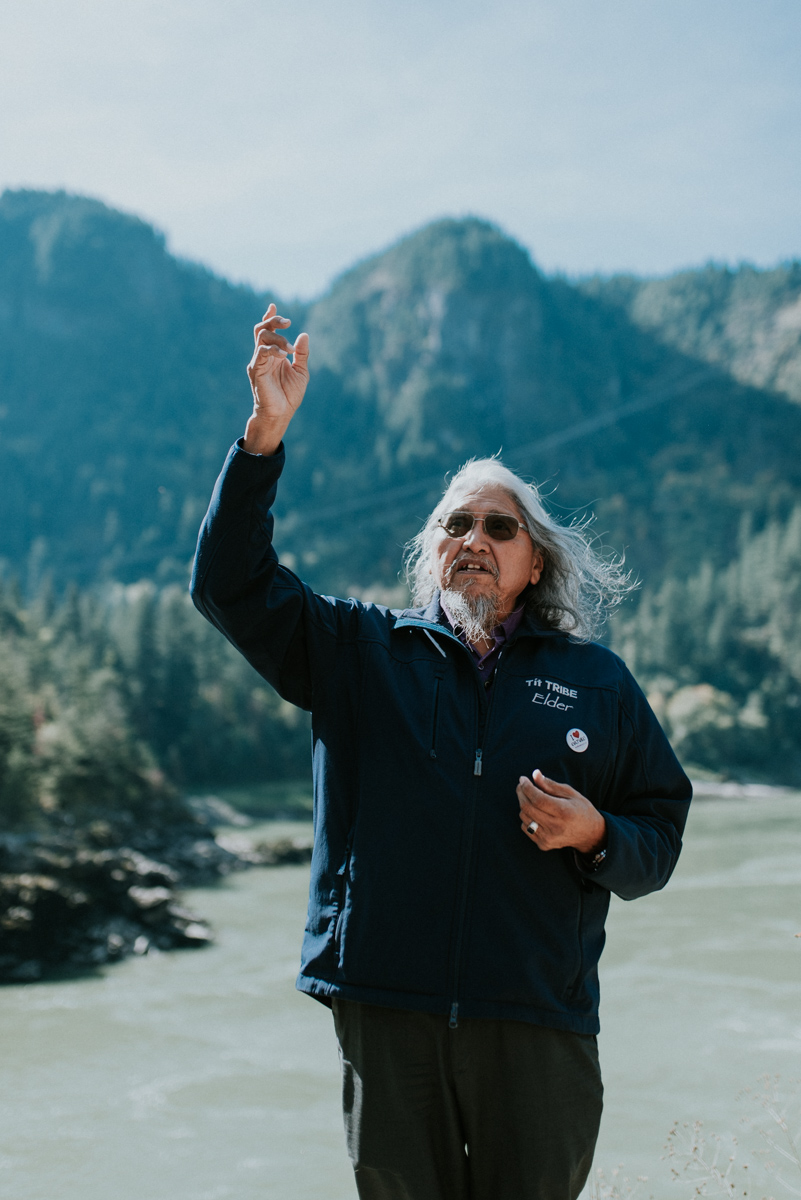 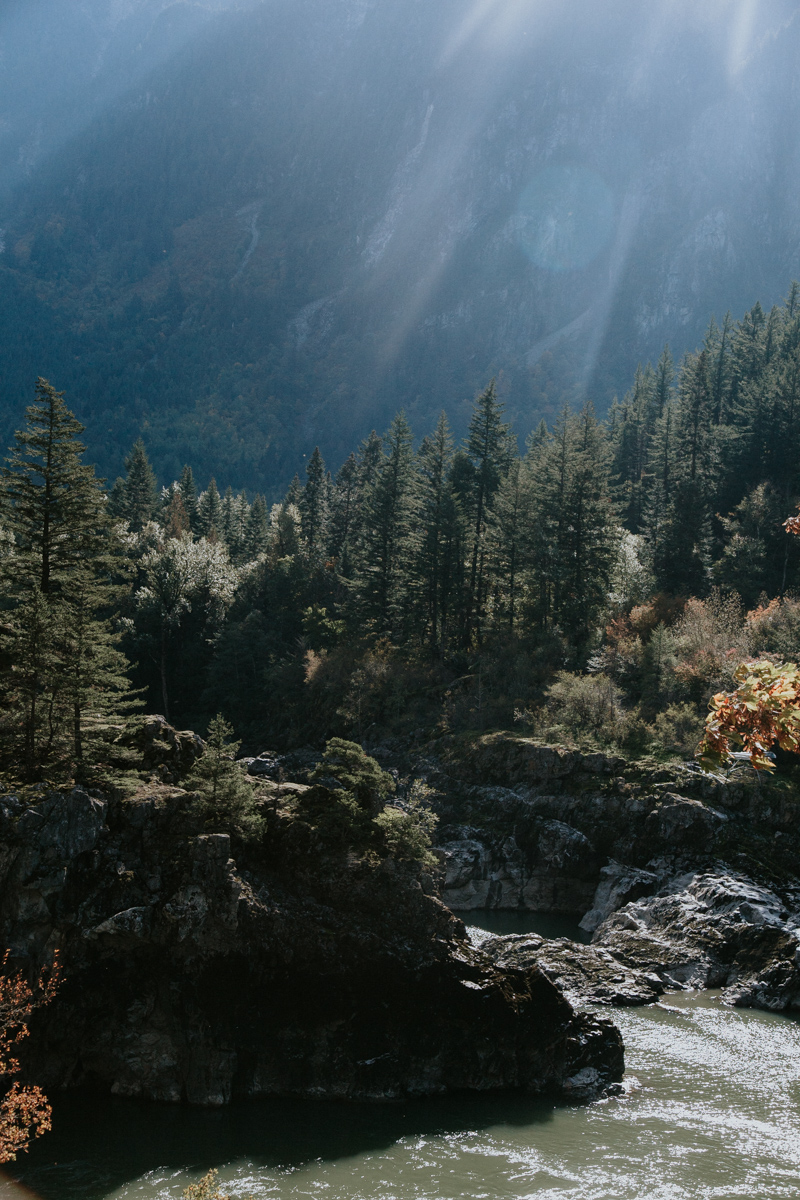 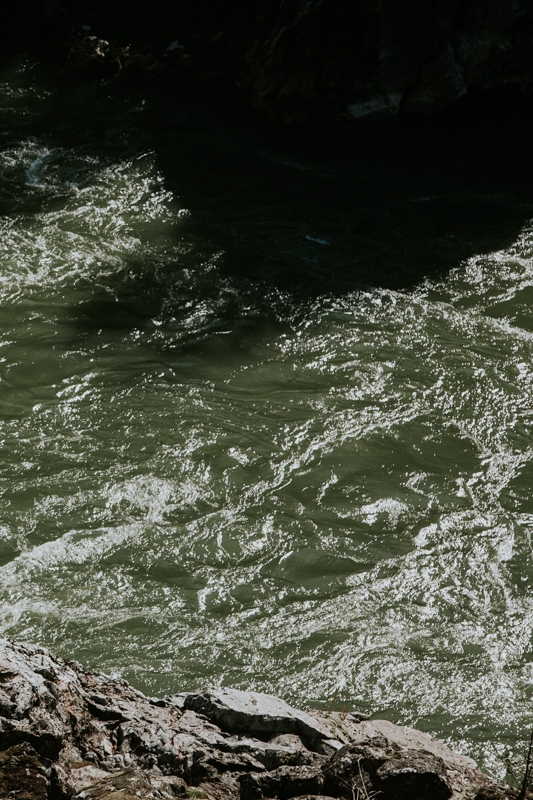 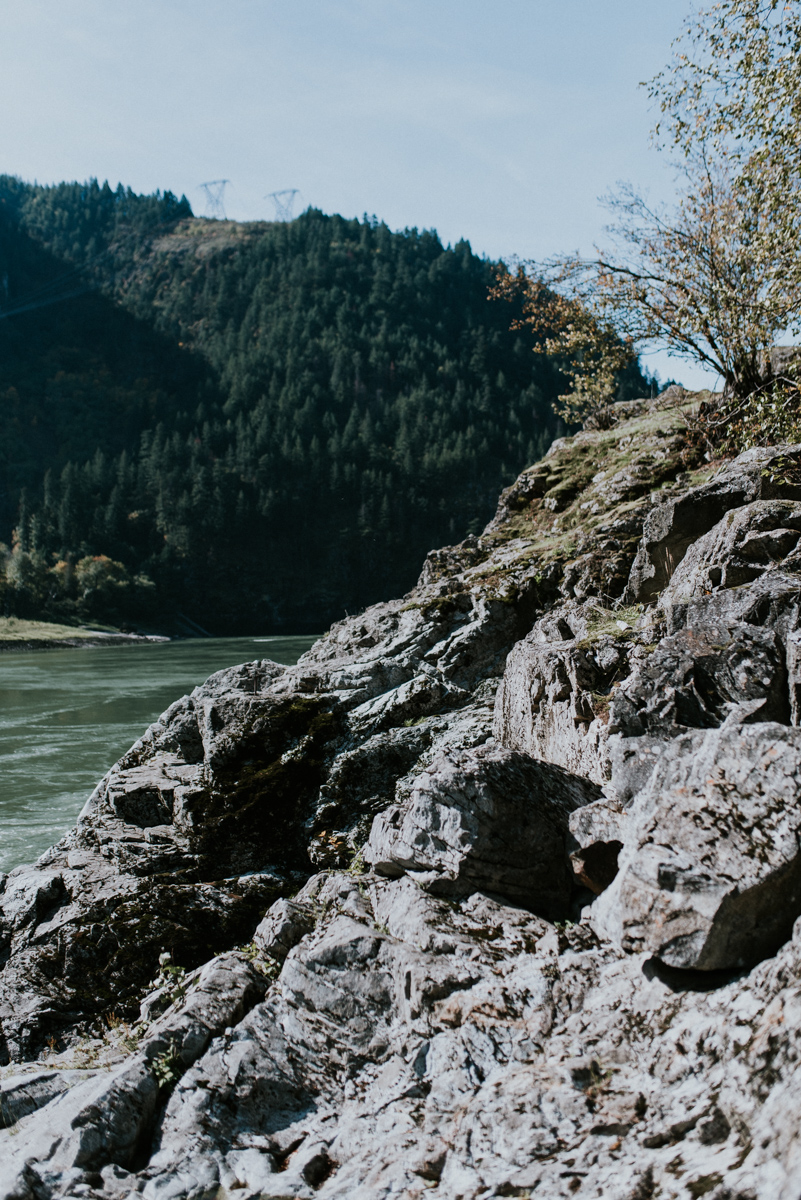 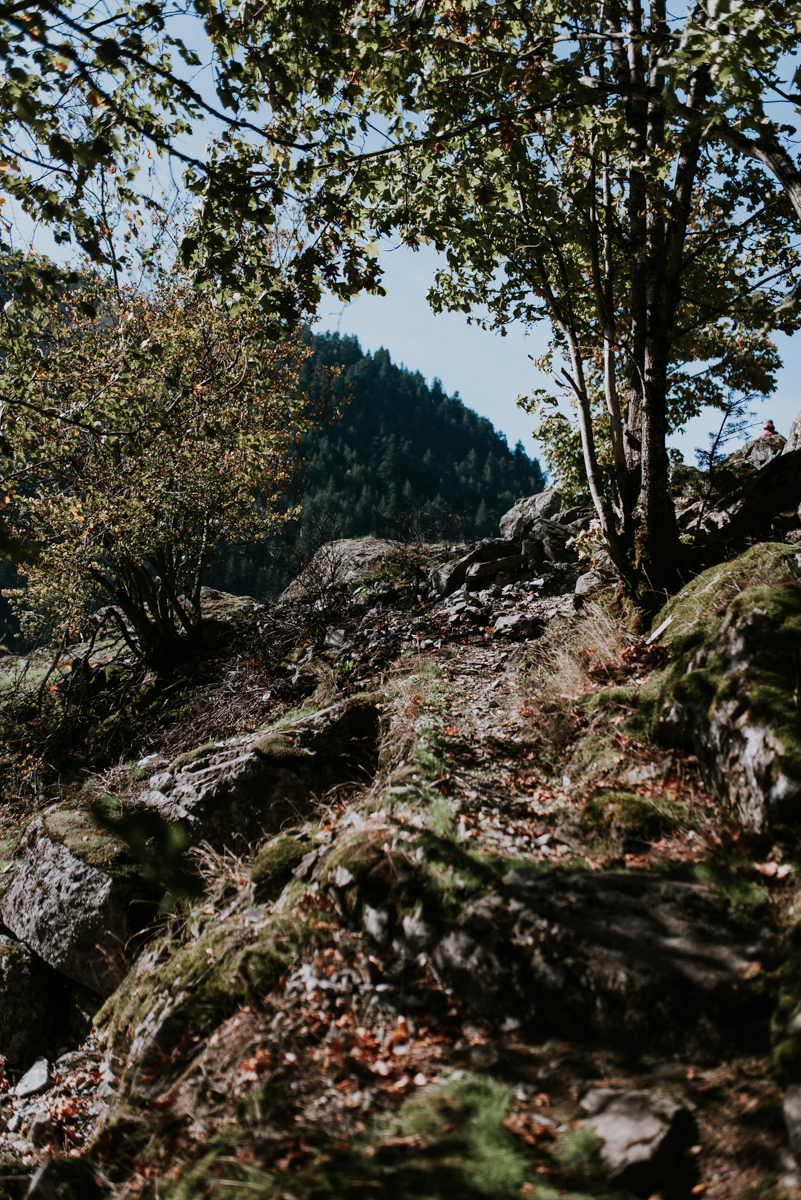 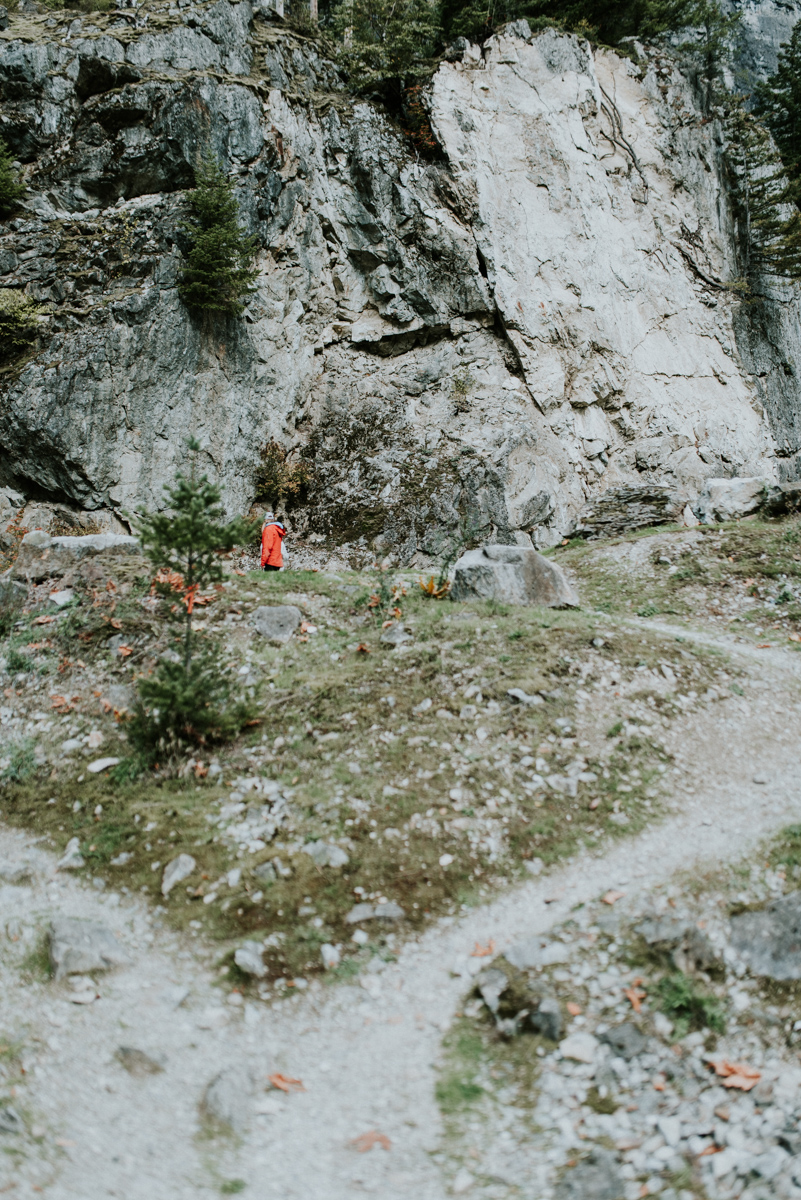 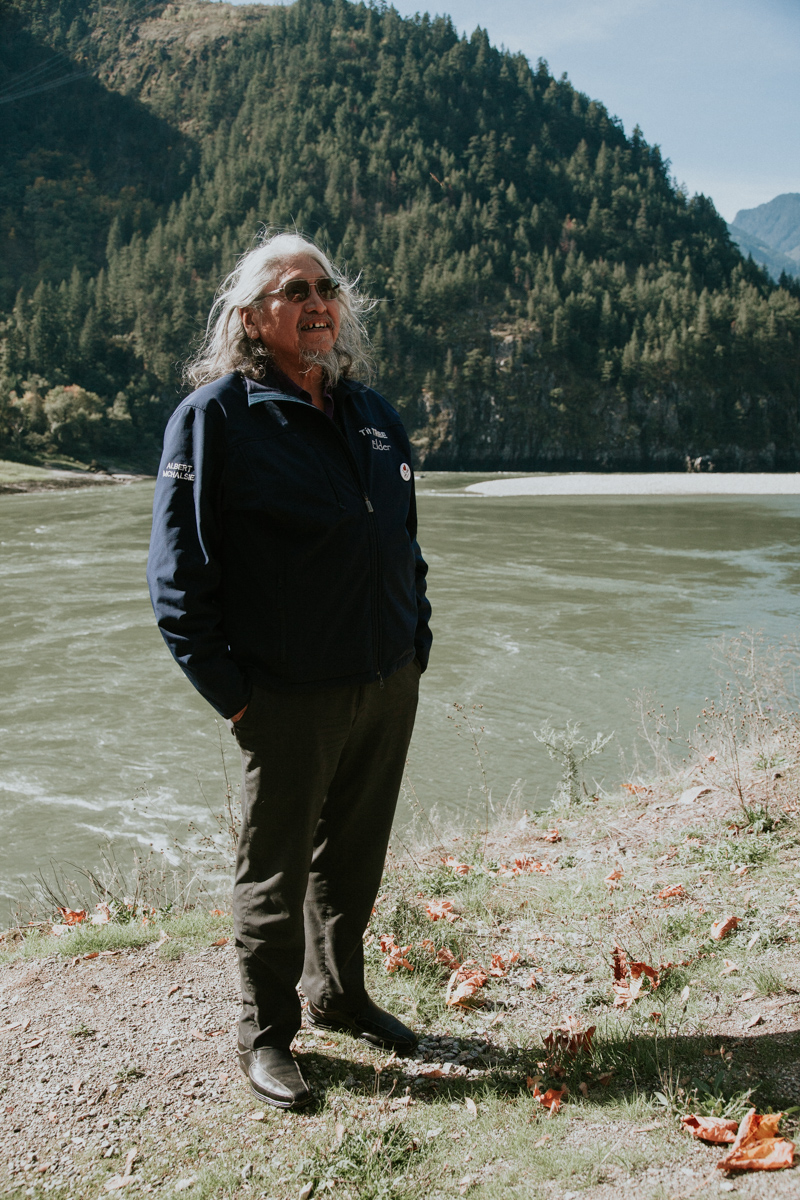 FVT: On the tour, you shared many stories of the surrounding landscape, place names and its history. Can you briefly tell one of them?
SM: On the mountain side south of Floods is a place called Xwewostel, “place of the Thunderbird.”  One of the peaks there represents the Thunderbirds head and the mountains to each side, represent the wingspans. Showing the alula tips.  On the front is the two openings, as well as small creeks coming out of the eyes. Sxwexwos, the Halq’emeylem word for the Thunderbird means “Opening its eyes”, because when it opens its eyes it makes the lightning, when it flaps it wings it makes the thunder and when it urinates it makes the rain. After a heavy rain, the small creeks coming out of the eyes zig zag down the mountain side and look like lightning bolts.

FVT: What is your hope for people after they have experienced your cultural place name tour?
SM: My hope it that people who take my tour walk away with a better understanding of our unique relationship to our land and resources, especially how that plays out in our aboriginal rights and title.

TFV: What are you most proud of? Why?
SM: I take much pride in the rich culture and history we as Sto:lo people have as displayed on our land all around us.

TFV: What inspires you?
SM: During a low period of my life my late mother, late father and late best friend all appeared to me in a dream suggesting to me that I did not need to be so sad, that all I needed to do was to go with them and I would be much happier. Two spiritual workers said I should have died in my sleep that night, as my loved ones had come to take my spirit away. They said I must have some important work to do and that I have a purpose in life. This is one of the things that inspire me.

TFV: If you could recommend one place in the Fraser Valley, what would it be? Why?
SM: Th’exlis, “gritting his teeth”, where Xexa:ls sat scratching the rock as he battled with Xeylxelamos, the bad Indian Doctor.

TFV: What is one thing you want people visiting the Valley to know about your home?
SM: That our traditional territory has a beautiful and rich culture, which has been here for thousands of years.

We finished our day extremely grateful for all the knowledge shared with us. It was the unforgettable stories and enlightening meanings behind local place names, that forever shifted our perspective. Looking forward, we know that a drive through the weaving roads of our Fraser Valley mountains will never be the same thanks to Bad Rock Tours.